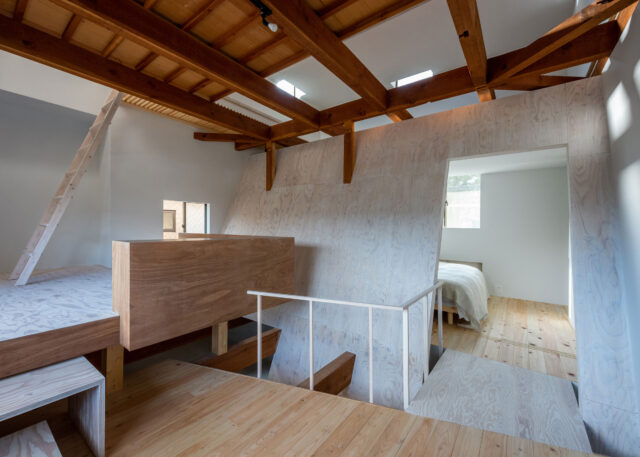 “We all feel that human society deserves better.”
In this personal interview Indian architect, Anupama Kundoo reflects on her way into architecture. Growing up in Mumbai, she had an early interest in both the arts as well as math and science. Due to a test, which a family member suggested to her, architecture came up as a profession. “I stumbled into architecture, but it was a blessing. The second I realized it, there was no looking back. Architecture and design would allow me to develop my interest in everything. But they would also ground me and allow me to be of service.” Read less …

Kundoo never wanted to become, what she calls a wage-slave. After school, she had applied to study in the US but decided to stay in her home country. Standing at a crossroad in your life are very important times, she says, “because you could choose the wrong road”.

“I had a very strong intuitive voice telling me to just prolong whatever I was doing, even though it did not seem clear from the outside. I decided to leave Bombay and move to South India to figure out and understand my country. I didn’t know where I was going. But I knew what I was leaving. I didn’t know what I wanted. But I knew what I didn’t want. If you see something, you cannot unsee it anymore.”

Kundoo ended up in Auroville, engaging herself for many years in a project that defines itself as a “universal town where men and women of all countries are able to live in peace and progressive harmony above all creeds, all politics and all nationalities. The purpose of Auroville is to realize human unity.”

Kundoo also speaks about time as the most important human resource. “I feel that a lot of the problems we have in today’s world have come because of that wrong notion that time is money. No, time is the only resource we have when we are alive.” While we’re saving other resources, Kundoo argues, we don’t seem to mind spending our own time freely on anything. This is why she encourages people to use their time wisely – to use fewer natural resources and more human resources: “Use more brain, use more muscle, use more time. Because people grow clever in the end when we do that.”