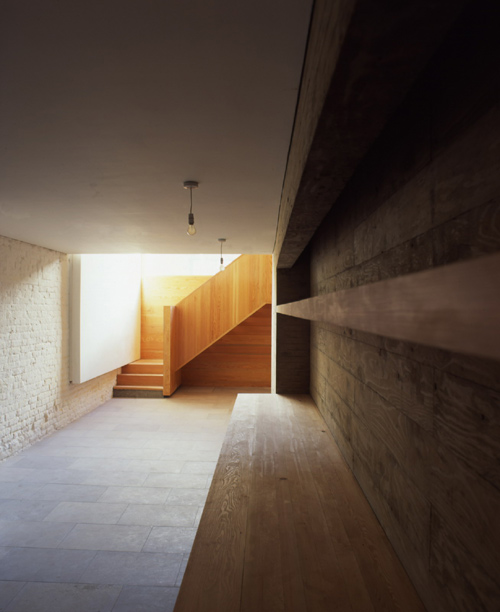 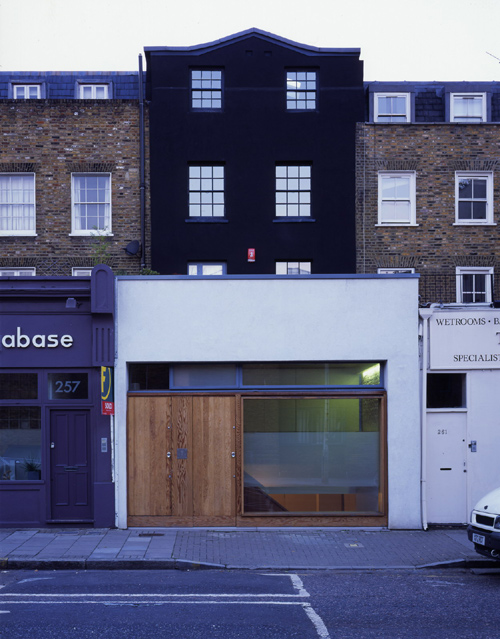 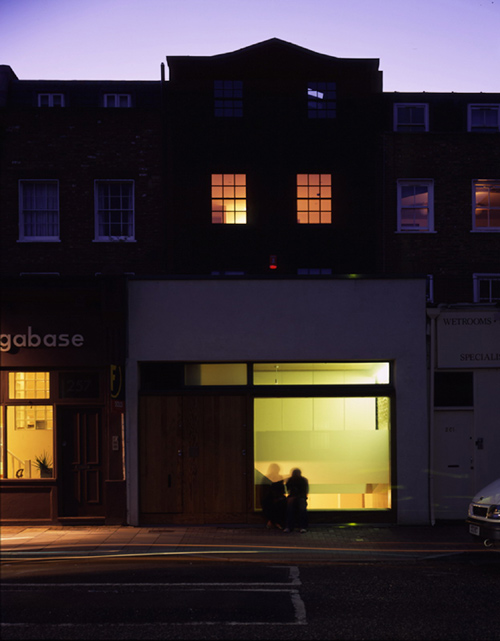 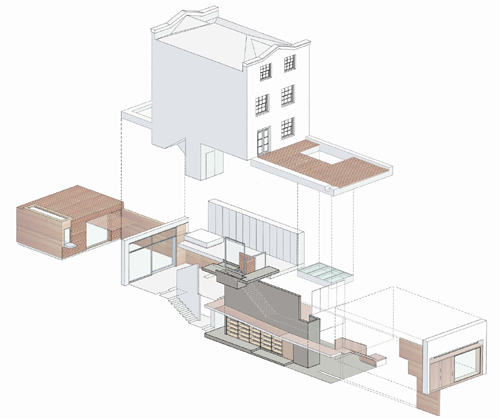 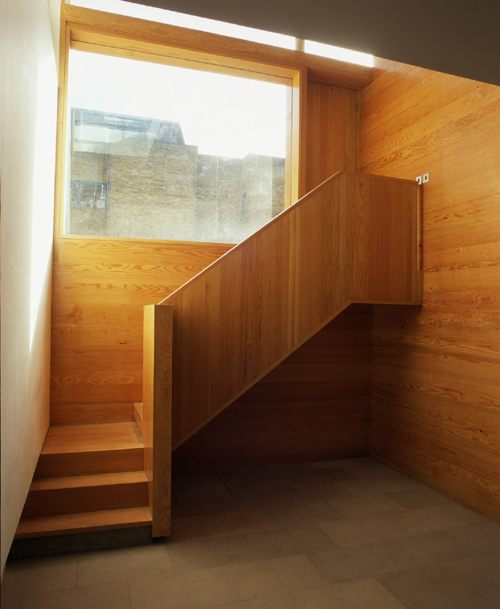 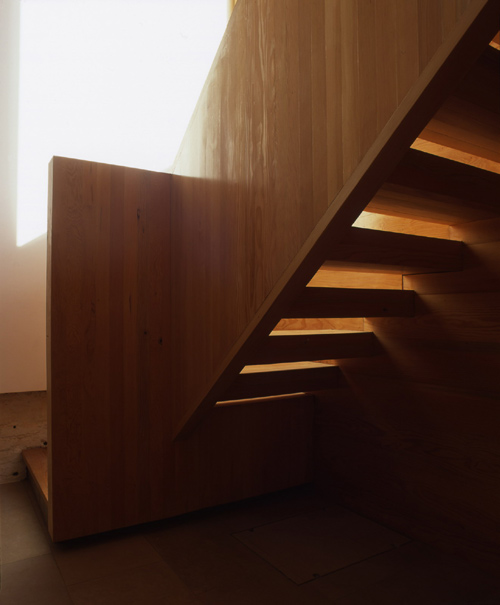 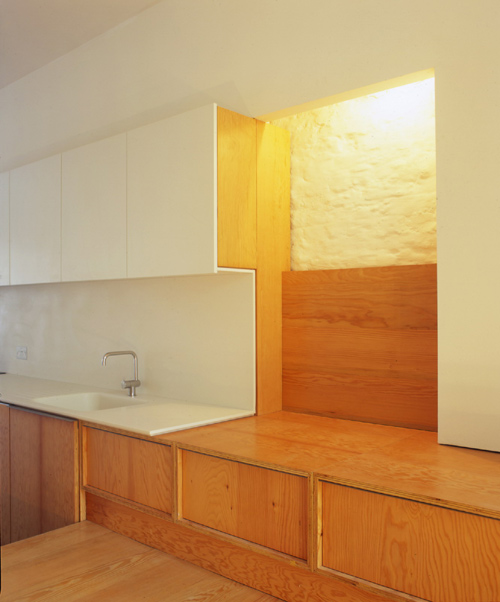 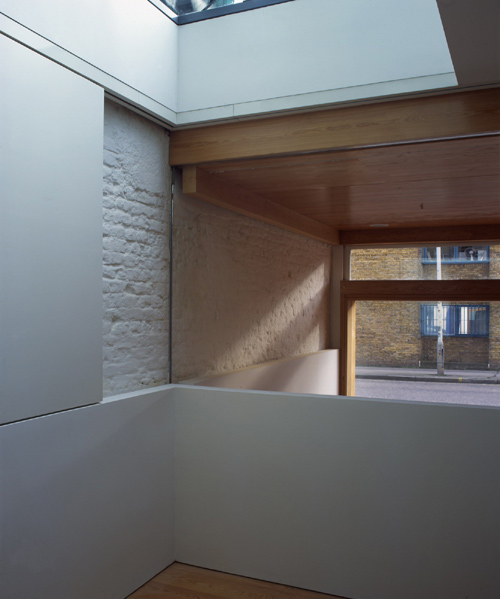 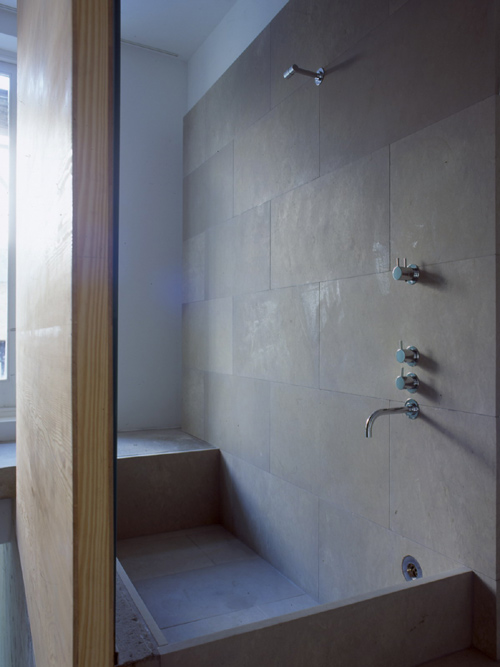 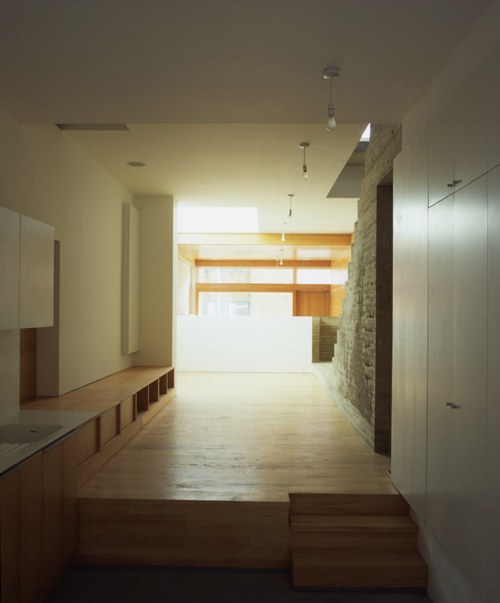 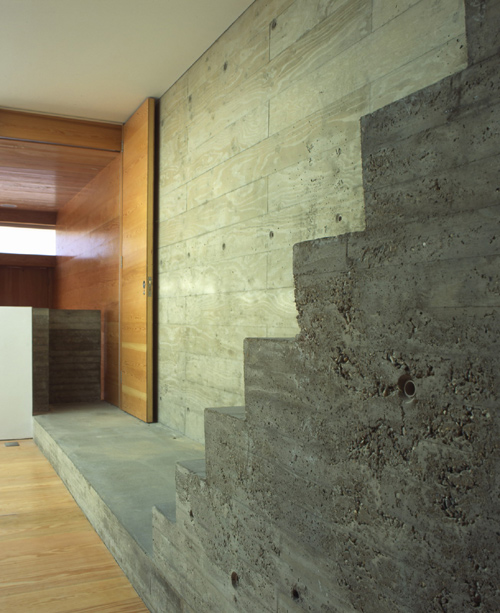 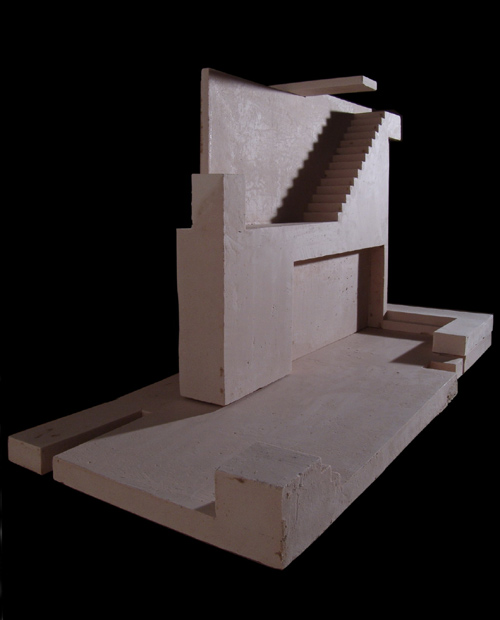 Khan House
The history of the existing house is one of expedience. Speculatively built by 19th Century developers, it has been adapted and distorted over time to suit circumstance – acquiring a single storey shop and basement, an extra storey, a cantilevered lavatory and a garage. Of more immediate concern was the basement, where the floor had been dug out and the corbels sheared off the party walls, to provide extra space
These circumstances led us to think of the house as both metaphorically and literally floating. Conceptually, therefore, the project becomes about re-founding the house and in doing so, offering a measure of it – an ordering which allows it to be understood materially, spatially and temporally.
The project has a complex programme. The client, an artist, wished to create a living space, a studio space which might be at least partially public, accommodation for long term guests, a garden and a space to sell or rent.
The concrete, material fact of the new foundation is extended to become a physical entity within these new spaces, re-establishing their relationships. Both materially and programmatically dense, it allows the spaces around it to become ambivalent. Described topographically rather than as cellular, domestic rooms, they are at varying levels which accommodate the adjustments in the section of the building over time. The concrete element allows this to happen not only programmatically but structurally. It picks up the load of the party walls at first floor level and partially transfers it, allowing the removal of existing cross walls.
We wished to establish a material quality between interior and exterior, between city and domesticity. The concrete is poured in situ against douglas fir shuttering and oscillates between rawness and sensuality, the brutal and the precise. The shuttering marks rescale the building, establishing a dimensional rhythm throughout the new spaces. The relationship of the concrete to the timber linings recalls the process of the shuttering and establishes a conversation about time which begins to expose the larger conversation of the history of the house at one scale and everyday acts of inhabitation, at the other.
Elsewhere in the building, white wall linings are placed against the existing brickwork of the party wall, allowing the ghosts of previous and current interventions to be partially exposed upon its surface. These new wall planes fold and move to allow the space to be transformed through use.
The building becomes finer in relation to its proximity to the body. Furniture becomes 18mm douglas fir ply, an engineered version of the joinered timber wall linings, while the kitchen is formed from a yet finer lining, a 12mm corian piece which floats above the bench. The steps in floor level are carefully scaled to relate to the dimensions of the body. The concrete step of the foundation in the basement, from which the project grows, finally becomes an impromptu seat. 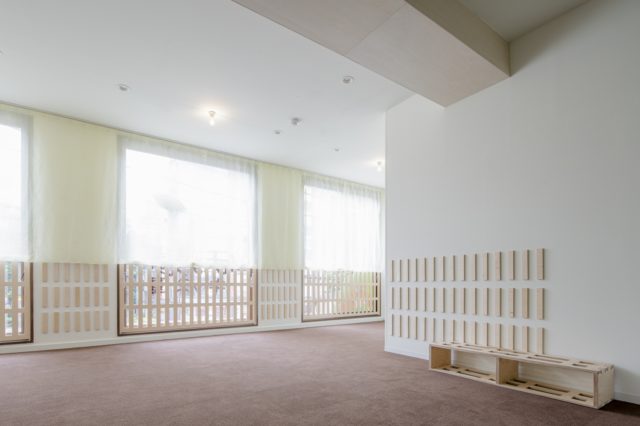