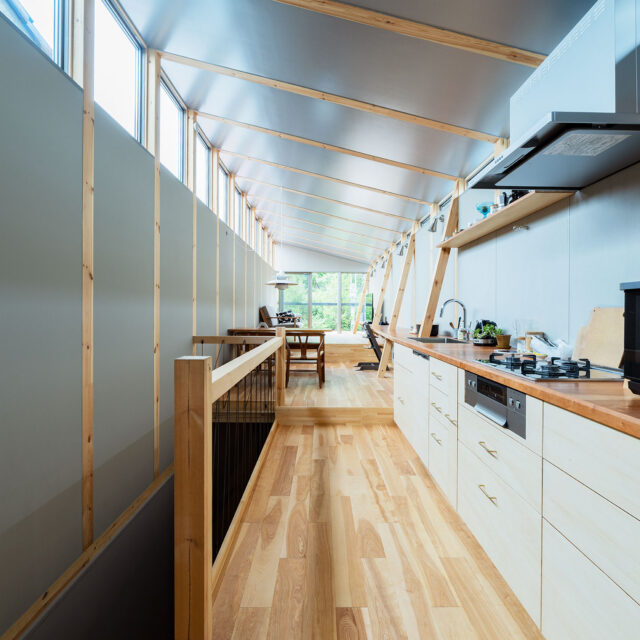 Meet the influential Canadian “design guru”, Bruce Mau, in this short video. Mau, who is the author of quintessential publications on architecture and design, shares his thoughts on how we can bring the book into the technological environment without losing its beauty and richness.

“I think it’s such a brilliant technology that if it didn’t exist today – if somehow we got to the present through technology and computers before the book – we would have to invent the book,” Maus says of the discussion surrounding the alleged ‘death of the book’. The book, he continues, is such a brilliant technology, that no computer can match: “It never crashes, it sequences narrative, which is one of the most important things we need to do to understand the world.” Mau shares how he is working on a technology platform for books because he realized that “when we moved the book from the physical book to the digital book, we left behind the beauty of the book. We left behind the culture of the book and the experience of the book. We just took the text.” The true experience of the book, he feels, should be better incorporated into the technological environment, while adding the capacity and reach that technology offers.

Bruce Mau (b. 1959) is a Canadian designer. Mau began as a graphic designer but has later extended his creative talent to the world of architecture, art, films, conceptual philosophy and eco-environmental design. From 1985-2010, Mau was the creative director of Bruce Mau Design (BMD), and in 2003 he founded the Institute Without Boundaries in collaboration with the School of Design. In 2010, he went on to co-found The Massive Change Network in Chicago. Mau is the recipient of prestigious awards including the Chrysler Award for Design Innovation in 1998, the American Institute of Graphic Arts Gold Medal in 2007, the Philadelphia Museum of Art’s Collab Design Excellence Award in 2015, and the Cooper Hewitt 2016 National Design Award for Design Mind – for his impact on design theory, design practice and public awareness. In 1998, Mau designed a widely circulated 43 point manifest called ‘The Incomplete Manifesto for Growth’, which assists its users in forming and assessing their design process. Mau is also the author of iconic books such as ‘S, M, L, XL’ (1995) with Rem Koolhaas: an architecture compendium that quickly became a requisite addition to the shelves of creatives. In June 2020, he will publish ‘MC24’, which features essays, observations, project documentation, and design work by Mau and other high-profile architects, designers, artists, scientists, environmentalists, and thinkers of our time.

The design for Switzerland’s first motorway chapel – the Autobahnkirche – was unveiled to the public. The idea of the Autobahnkirche follows on from the concept of the medieval wayside chapel and is adapted to modern needs. Our proposal for the Autobahnkirche is situated on the A13 motorway near Andeer, a small village in the Grisons region. The Autobahnkirche consists of an above-ground chapel, visible from afar, which is composed of four walls of equal height and at right angles, that just lean against each other; they lean and support at the same time. From this aboveground chapel, a broad, snail-shaped flight of stairs leads to an earth room that is conceived as a sequence of three chapels. Along the funnel-shaped earth space, visitors find two other small chapels: the first for readers, with even daylight coming into the round room from above and the second with a candle, a matte, reflecting wall, and a single skylight. Finally, a last room opens a panoramic view of the landscape, the village, and the lush green meadows and woods. Perception of the vegetation is heightened by the complementary red of a room-height pane of tinted glass. #herzogdemeuron #hdm515 #autobahnkirche #andeer

#AMOnews Countryside, The Future has opened to the public today at the Solomon R. Guggenheim Museum in New York. Rem Koolhaas: “In the past decade, I have noticed that while much of our energies and intelligence have been focused on the urban areas of the world, the countryside has changed dramatically under the influence of global warming, the market economy, American tech companies, African and European initiatives, Chinese politics, and other forces. This story is largely untold, and it is particularly meaningful for AMO to present it in one of the world’s great museums in one of the world’s densest cities.” Samir Bantal, Director of AMO: “This is a collection of new and old ideas that aims to rediscover the dynamics of the countryside. A place many of us think of as stable and slow-moving is revealed as an incredibly agile and flexible realm, even more than any modern metropolis.” @guggenheim #CountrysideTheFuture @troyth @irma_boom_amsterdam #samirbantal #niklasmaak #irmaboom #anneschneider #Alexandr Zinoviev #sebastianbernardy #ritavarjabedian #yotambenhur #valentinbansac Images by @laurianghinitoiu